Sun’s Out in Rennes!

Stella M. is currently a junior at SYA France and a blogger for the Campus Reporter program. She comes to SYA from Saint Mary's Hall in Texas. 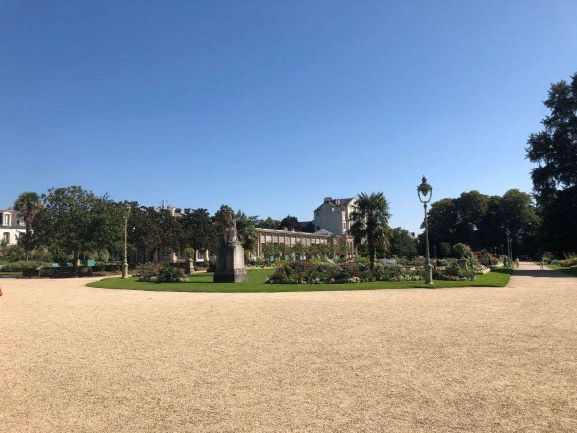 Rennes is truly a different city when the weather is pleasant. I have to admit that I fell into a mild case of the blues in January, a result of seemingly never-ending dreary forecast. Waking up to a bright natural light coming from my skylight rather than raindrops from the night before surely gives a different start to a day. Arriving back from The Alps in February to Rennes, I assumed I was saying goodbye to the sunshine, as the past few months had been typical rainy grey skies in Bretagne. Much to my surprise, flowers were blooming, the sky was a beautiful shade of blue, and the sunshine had graced its presence.

There is one spot in Rennes where this weather definitely brings to life: Parc du Thabor! This park holds a special place in my heart, as I remember, September 1st, the date of my arrival in France, passing through the flower garden with my host family on our way home. I knew on that day that I would be a regular throughout the year.

Whether I am having a picnic with my friends, taking a stroll with my host sisters, or attempting to run, I will always appreciate what this park has to offer. At first sight, I did not fully realize the enormity of Parc du Thabor. Each section has its own personality, and it seems to draw in people spanning from enthusiastic toddlers playing on the jungle gym to elderly couples strolling along the pebbled path. 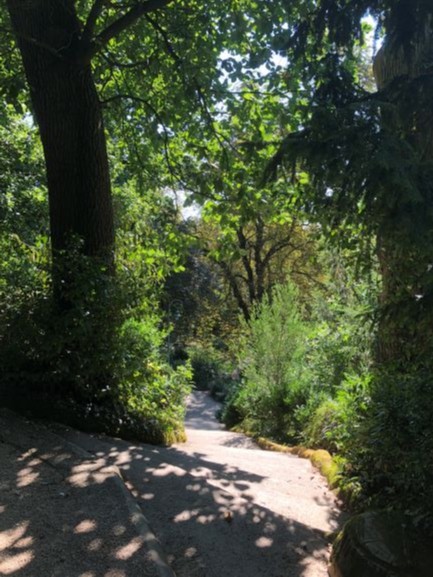 This change in weather made me to look at Rennes in a new light. It brought me back to September, when everything was unfamiliar yet so exciting. Although I have only been here for a bit over six months, I definitely think that I have developed some sort of a routine in and out of school. A routine can have its perks, and it’s something I think we all sought after to feel sense of ease and security in our new lives in Rennes. With these perks can also evoke a feeling of boredom, something that I occasionally, and regretfully felt in the months of January and February. This was the last thing I wanted to feel, as it was the last thing I would expect.

I had to acknowledge this feeling and make a concentrated effort to try to revert my mindset in a more positive direction. Luckily, the sunshine helped me out a little. Sitting in the park on a Wednesday afternoon, I had a sudden realization. Rennes has been my home for about six months now, and my time here, as sad as it is, is slowly coming to an end. This year abroad, the experience that I have been constantly thinking about for months, even years, is my reality. Of course, there are ups and downs, but one thing is for sure: I am so lucky to be here. I am so lucky to have met my friends and my host family. I am so lucky to be able to sit down in the grass while eating brie and baguette, soaking up the sun while laughing hysterically on a Wednesday afternoon after school.

We are currently in March, and our vacation is in a mere three weeks. Time is going by way too quickly, so I am trying to remind myself to live in the moment and cherish the simple things.