Liam R. is currently a junior at SYA China and a blogger for the Campus Reporter program. He comes to SYA from The Bishop’s School in California. 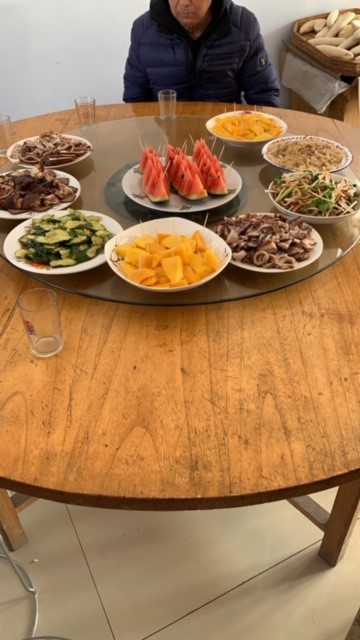 Every year, starting early January, the largest migration of people in the world occurs in China. 350 million people, equivalent to the population of the United States, leave their homes and travel to see relatives. The sense of community across the whole of China has been preserved over thousands of years, and even in our modern society today, the tradition of visiting family members has survived. Prior to dawn, I rose to a hard knock on my bedroom door, “起床了! (Wake up!)” It was time to begin my family’s personal migration to the “small” town of Dezhou in Shandong Province (when I say small, I am speaking in terms of Chinese proportions. The city of Dezhou has six million people, which within China, is considered a small city, nearly a village). Sitting in a small sedan filled with grandparents and family friends, we commenced our pilgrimage, a drive that would last five hours. The city bled into the suburbs, and the suburbs into the countryside. The mundane grey lands of Hebei province sped past our car. The sky, cold and pale spanned across the horizon, not a mountain, nor a tall tree, could be known.

This was my second time to my host mother’s 老家, literally translated to “old home,” or hometown, and I was feeling extra confident on this specific morning. My prior visit, my Chinese was less fluent, my cultural awareness dilute, and my curiosity level high. This time, however, I missed people I had met there before, and I was well prepared for what the experience was to be like.

The actual city center of Dezhou is composed of a couple of north-south and east-west main roads, and enlaced with intricate allies and small family owned shops, or 个体户. The city itself, however, is surrounded with yellow, flat farmlands. My host family’s countryside home is located on the far eastern part of Dezhou City, well into the grassland, rural area of the county. Profiting mainly off of selling chicken and rabbit meat, my host-grandparents have active lives, even well into their 70’s. Despite the paucity of leisurely time available to them, they have wrinkles only in the parts of their face that are used for smiling. Considered a sign of happiness in Chinese culture, smile lines are common amongst folks in the countryside. It’s something that I will always appreciate and notice no matter how often I come across that feature on a local of China. Being in the countryside for long periods of time has not only helped me to understand how drastic the differences in Chinese lifestyles are, but it has also allowed me to open my eyes to the authentic happiness that many Chinese have. It’s a trait that I have noticed has really allowed the Chinese people to remain in a close community, despite their large population. Also, the happiness that they have in their lives is greatly magnified when around family. I’m so glad I get to be a part of one of the many families in China; I smiled for my entire week in the countryside.