Ella S. is currently a senior at SYA France and a blogger for the Campus Reporter program. She comes to SYA from University School of Nashville in Tennessee. 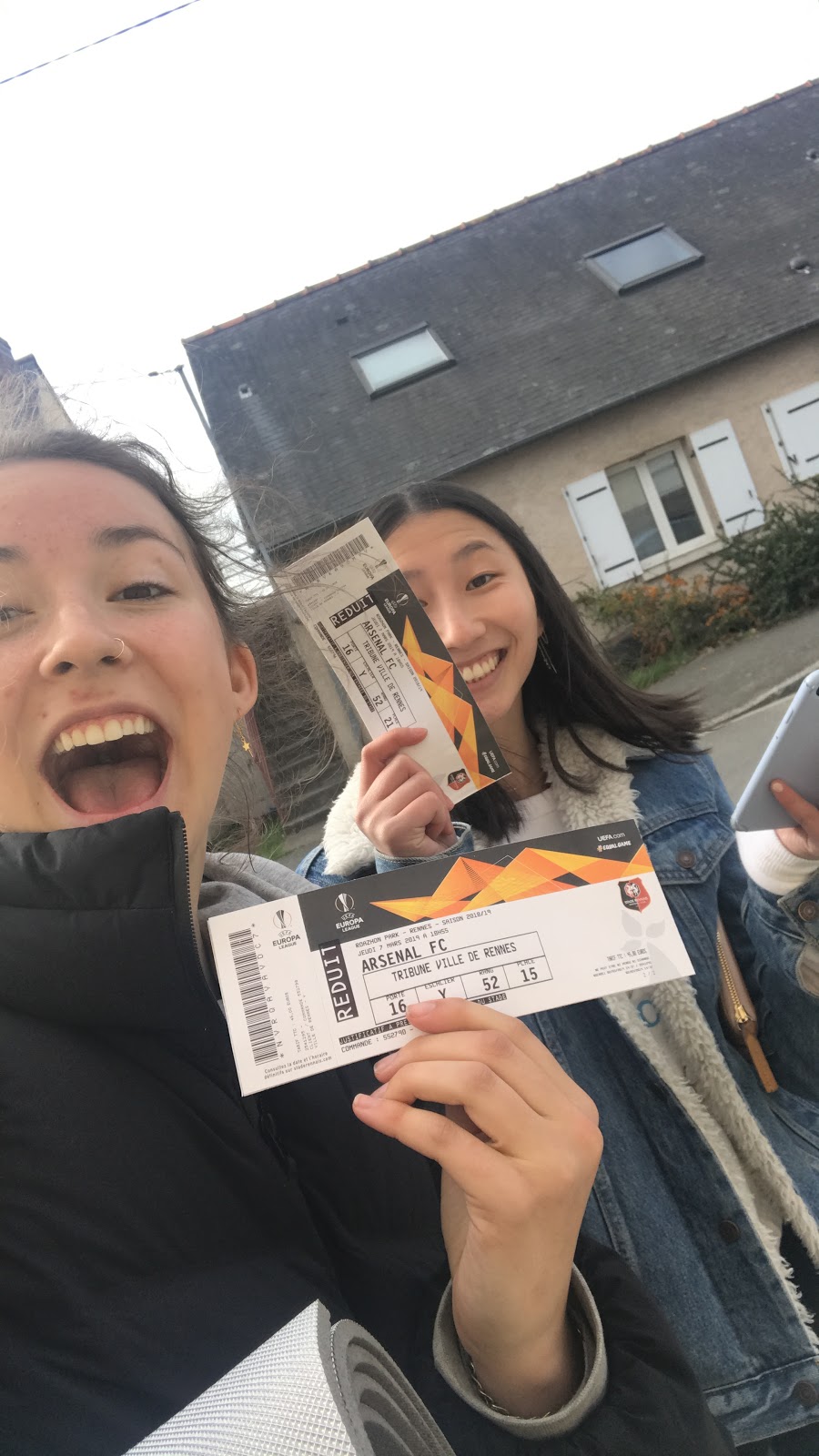 When I found out that Stade Rennais FC would be playing Arsenal in Rennes, I knew I had to go. I hadn’t been to a game before, despite the stadium being a minute walk from my house. I knew tickets would be hard to get, and after doing some research on Ouest-France, I found out that tickets would go on sale the Saturday before at 10 am. They recommended to get there before 6 am.

I set my alarm for 5 am. I grudgingly crawled out of bed, the possibility of a chance to see the game being my only motivation. I pocketed some baguette, chugged some coffee, and set off in my walk through the darkness. I was astounded when I arrived at the stadium. At 5:30 in the morning, there were already hundreds of people lined up, some having camped out overnight, others having arrived even earlier than I did. I met my two other friends, and we staked out our position in the line. We brought a rolled up map, as well as our homework, and began doing our math with the light of the street lamps.

The first four and a half hours weren’t horrible, and honestly went by pretty quickly. I was under the impression that once it hit 10:00 and tickets went on sale we’d get them in no time. I was wrong. That was when the worst of it came. We were crammed in like cattle behind a metal gate, hour after hour, broken up only by the occasional group surge forward whenever space for advancement cleared up. This went on until 2:30 pm, when we finally got our tickets. It felt like I was in Charlie and the Chocolate factory, and I had just received a golden ticket! 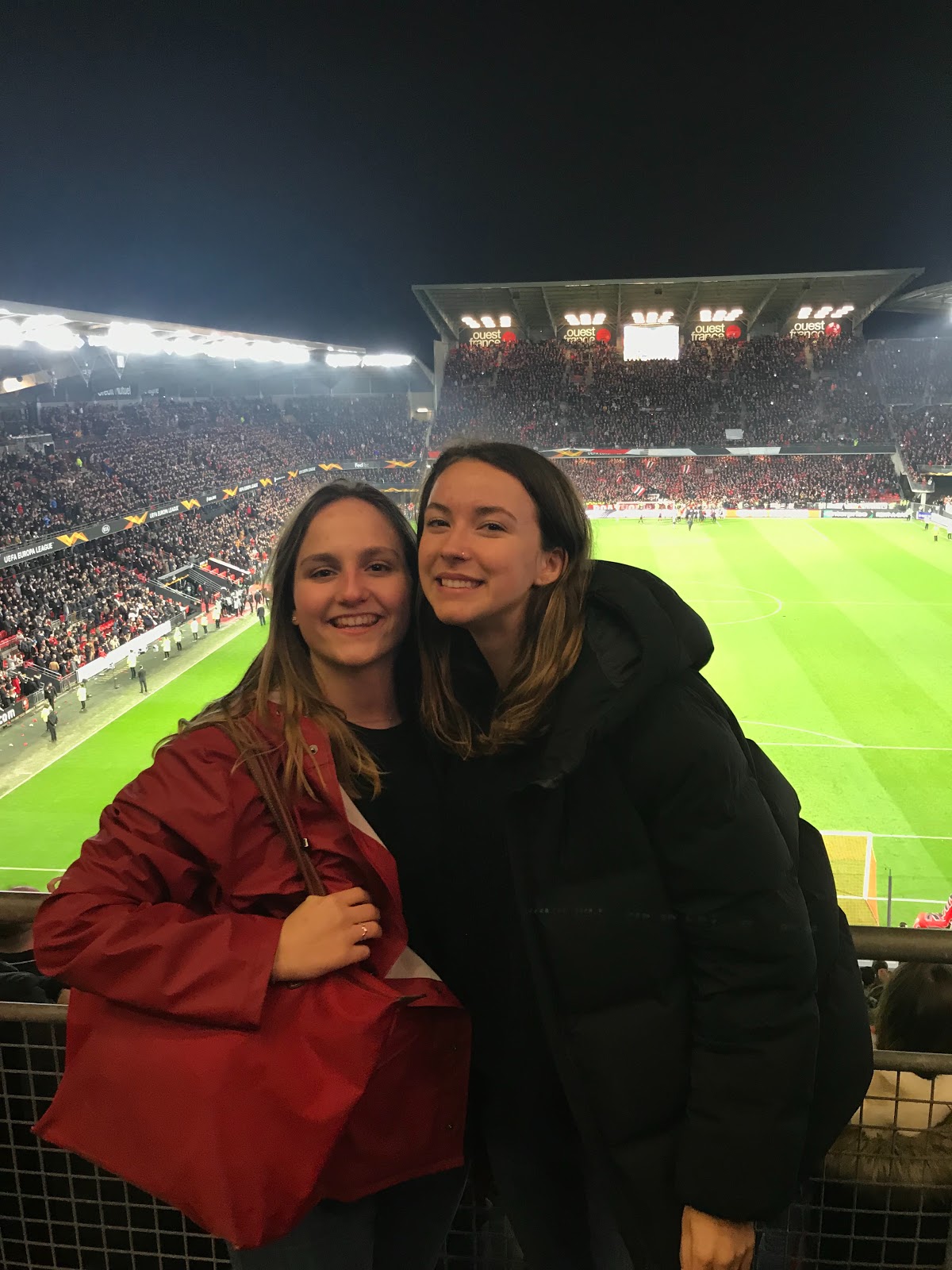 As Thursday rolled round, I understood why the game was so hyped up. Aside from the fact they were playing a renowned English Premier League team (which is why I had wanted tickets), it was the farthest Stade Rennais FC had ever advanced in the UEFA Europa League! My friend had also bought a ticket for her 11 year-old mega-fan host brother as a surprise, and he made sure to give us the run down of the team and their best players. We were ready.

The day of the match was absolutely unbelievable. The entire road in front of the stadium was blocked off and the smell of galette saucisse filled the air. Crowds of black and red were already beginning to chant and cheer, and the energy in the air was palpable. The game itself was incredible. Rennes wasn’t supposed to beat Arsenal, everyone said so. Yet, at half time it was tied, and after some miraculous plays by Rennes’ stars, they scored two more, resulting in a final score of 3-0. While we didn’t know all the chants and songs, we jumped with our fellow fans and screamed till we lost our voices. I felt proud to be from Rennes, as did everyone else in that stadium. Allez les Rouges!