Lili S. is currently a junior at SYA Spain and a blogger for the Campus Reporter program. She comes to SYA from Sidwell Friends in Washington, D.C. 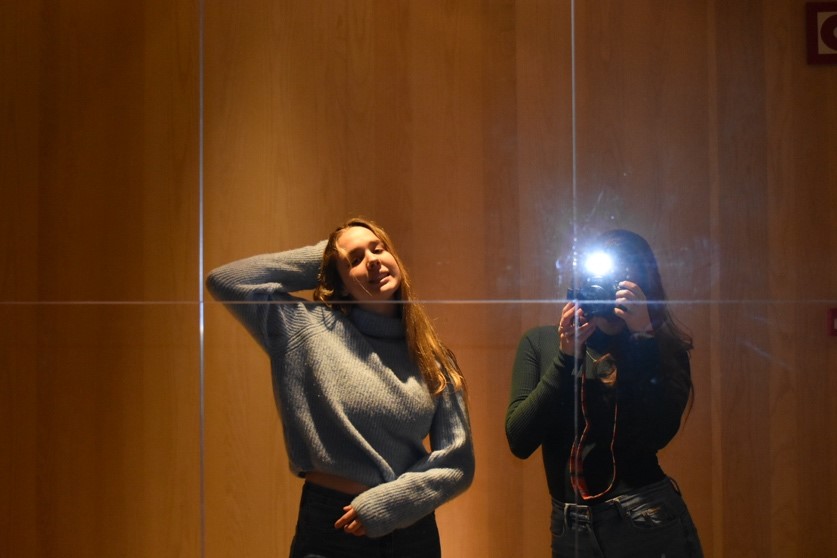 Last week, after dinner, Carmen (my host sister) knocked on my bedroom door. As I pulled it open, I recognized in her hand the familiar white makeup bag covered in roses that is always on her vanity. I knew what it meant: nail night.

Carmen is 17, like me, and in her second year of bachillerato, the Spanish version of senior year. She and I bonded quickly, the first real night I was here, which is still kind of blurry with jet lag. As we walked down the streets I now walk down every day, I felt like I’d never figure this city out. Maybe it was the exhaustion kicking in, or maybe it was just a general feeling of being overwhelmed, but the past four years of Spanish class seemed to fly out of my head, and eventually Carmen switched to our now favorite language, Espingles, or Spanglish. She told me about her sister, her friends, her favorite places in both Zaragoza and Spain, her hobbies, her love for American culture, and what she wanted to do with her life. Although I was most definitely a little quieter than her that night, I could immediately see that we would become close this year. Ecstatic that she finally had someone to shop, have photoshoots, and do her nails with, Carmen began to spew out a list of plans for us. She had already welcomed me into her life, sharing her clothes, her friends, her makeup, and her favorite songs with me.

As second semester started, Carmen and I already had a few solid traditions to rely on. My personal favorite was painting our nails after dinner on random nights, ones that we both didn’t have a lot of work, or school the next day. She would pop into my room, white rose make-up bag in one hand and orange altavoz in the other, and as we picked our colors, we started to catch up on each other’s lives. We gossiped about friends, boys, drama, the usual “girl-talk”. We talked about our favorite nights with our friends, her excitement to finish high school, our dreams of going to the beach together when it started to get warmer. All the while, United States Top 50 was playing in the background, each of us singing along softly when there was a lull in the conversation. After our nails were new bright colors and it was almost midnight, we moved to sit on my bed, doing Carmen’s English homework and playing with the bright pink glittery unicorn slime that my brother had given me for Christmas. At some point between me trying to explain the difference between independent and dependent clauses of the English language, but in Spanish, Carmen dropped the slime on my comforter, accidentally making it stick. As I laughed and told her not to worry about, she apologized profusely. Even though I tried to convince her that I really couldn’t care less, especially because in the end we got most of it out, she pops her head in every now and then to see how the comforter is now. And to borrow a sweater for school the next day, or offer me one of hers.

I love that Carmen and I, between our school work, sleep schedules, and general daily life duties still can find time to do things that bring us closer to sisters, instead of two girls who live in the same house.