More than just an Ofrenda 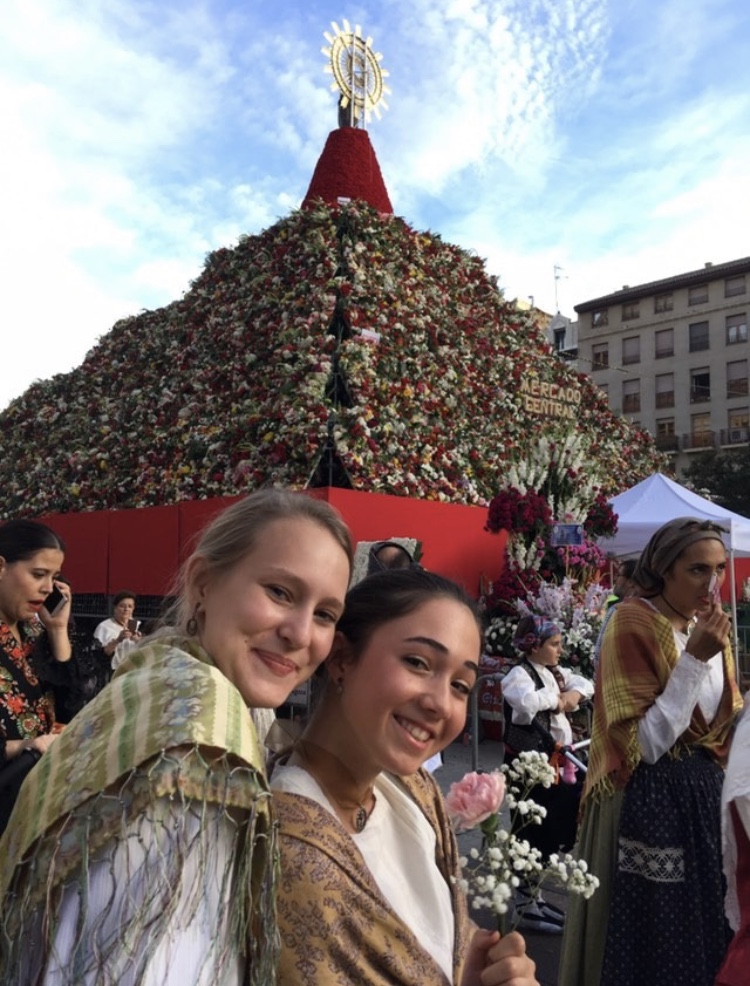 I didn’t know what to expect when I agreed to dress up in costume for the Ofrenda de Flores. My host mom, Christina, asked one night at dinner. I instinctively said yes, and thus the preparation began. Christina’s face lit up as she exclaimed I was the first American they had hosted who had agreed to do this. She grabbed my hand and whisked me into the living room, pulling me up to a chair. There laid the Ofrenda clothes of Ana, my host sister, she explained. There were layers upon layers of skirts, aprons, tights, and shirts, all with a unique, bright color. Ana has dressed up for the Ofrenda for years, varying her outfit every time. The Ofrenda takes place every October 12th during the annual Zaragoza Fiestas del Pilar, and it is a flower offering to the Virgen del Pilar. It is the act during the fiestas with the most attendance, and is a way to simultaneously honor the Virgen, and also your ancestors by dressing up as them. I didn’t have any traditional Spanish clothes, so Christina called up her elated mother who brought all the necessities.

When the big day finally came, I first heard a knock on the door. It was Christina’s close friend, there to tie up my hair. She sat me down at my desk and started twisting my hair into a braid and stretching it up into a bun. The sounds of Christina and Ana giving their opinions on how she was doing and jittering with excitement were swirling all around me as I sat patiently in contentment. She covered my bun with a beautifully knit lavender and pink “redecilla”. Once she’d finished, Christina pulled me away to her room and opened up her jewelry box. She showed me a beautiful pair of silver earrings from her great grandmother that she gave me to wear on this day. That small action connected what I was doing to a tangible level. I was participating in something much more powerful than just dressing up.

Every woman in the room helped me put on my thigh-high socks, fumble into my white shirt, climb into my fluffy underskirt, pull my purple skirt over my head, and then proceed to take it off to iron it some more. My whicker shoes were tied on with such ferocity and so far up my calf that it was hard to walk. We ventured downstairs and peaked into the enormous mirror in the lobby of our apartment and I was struck by our appearances. We looked like we were actually from another century. 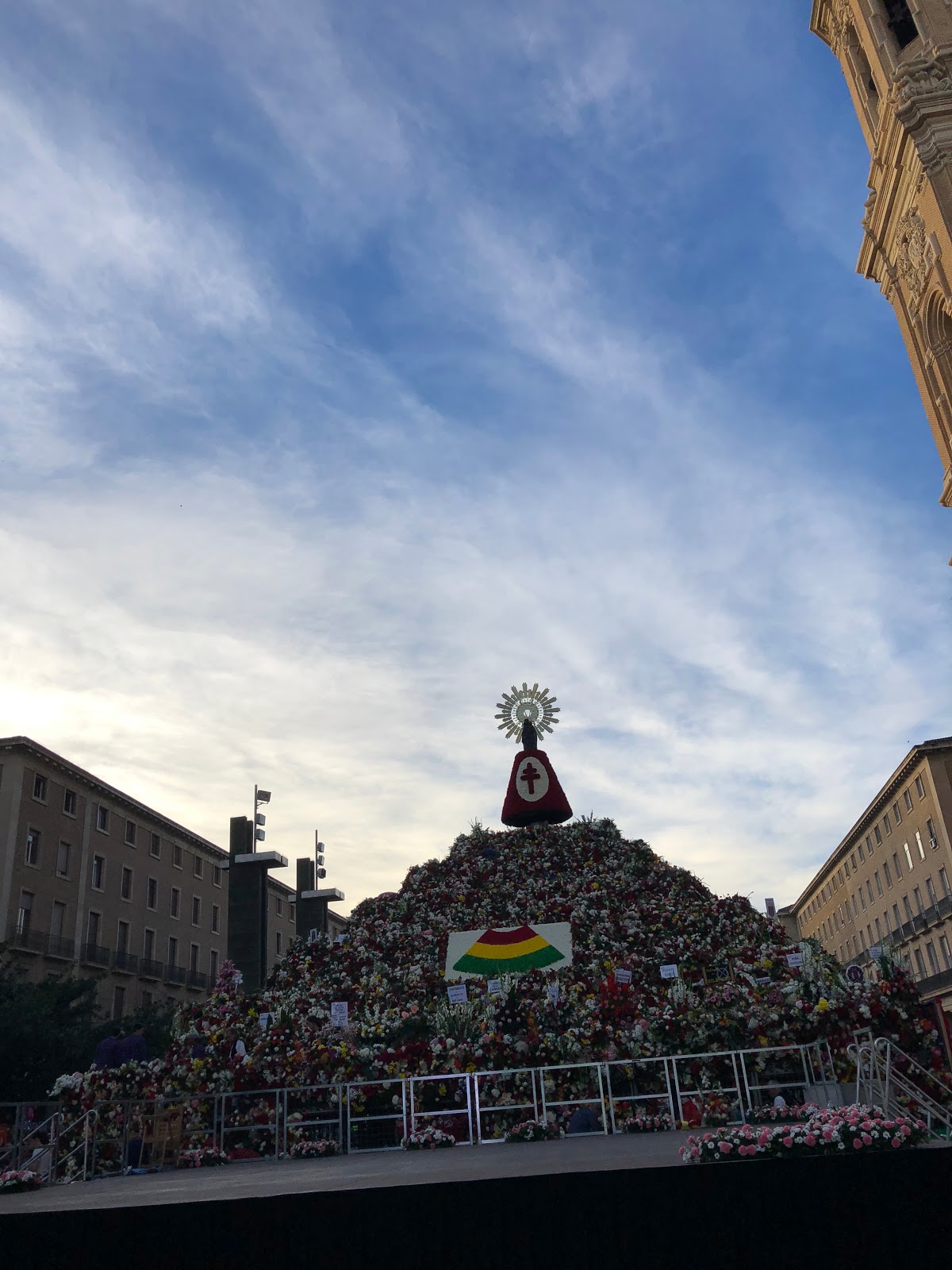 We gathered at the Plaza de España, bouquets in our hands, with the group we planned to walk with during the procession. The procession runs from the Plaza to the Pilar where the actual flower offering takes place. I recognized so many of the people we were with; I’d met one boy on our family trip to Montfalcó, and one girl had visited SYA through our “one day here, one day there” exchange program. We all began talking at the beginning of the Ofrenda and didn’t stop till the end. There was no other care in the world but to discuss our cultural differences, our favorite foods, and how excited we were to see all the flowers. We spent around five hours walking maybe 0.3 miles down Paseo de la Independencia and Calle Alfonso towards the Pilar, but it was so worth it. There were barricades around the parade with people watching us; children, teens, and adults, walking with smiles on our faces. It was really hot, my feet were killing me, and my brain was buzzing from all the Spanish use, but I felt like I was a part of something.

When we finally got to the Pilar, I was in awe. The flowers were so much taller, more diverse and colorful than I could ever have imagined. I was engulfed in their absolutely wonderful scent. The long-awaited action of giving my flowers over to the people stacking them onto the growing pile was so quick and uncomplicated. We then stood around chatting for a bit, marveling at the structure before us.

As I took off my layers of clothes back at home alone, sad that the day was over, I realized that this day would’ve been nothing without family and friends helping me dress, the silver earrings that Christina’s great grandmother had once worn, the smiling faces egging us on from behind the barricades, and the conversations as we made our way slowly to the Ofrenda. I was newly connected with a tradition and history separate from the U.S. The actual handing over of the flowers was really just the culmination of a long journey that left me so very satisfied.