Katharine K. is currently a junior at SYA Italy and a blogger for the Campus Reporter program. She comes to SYA from Denver School of Science and Technology in Colorado. 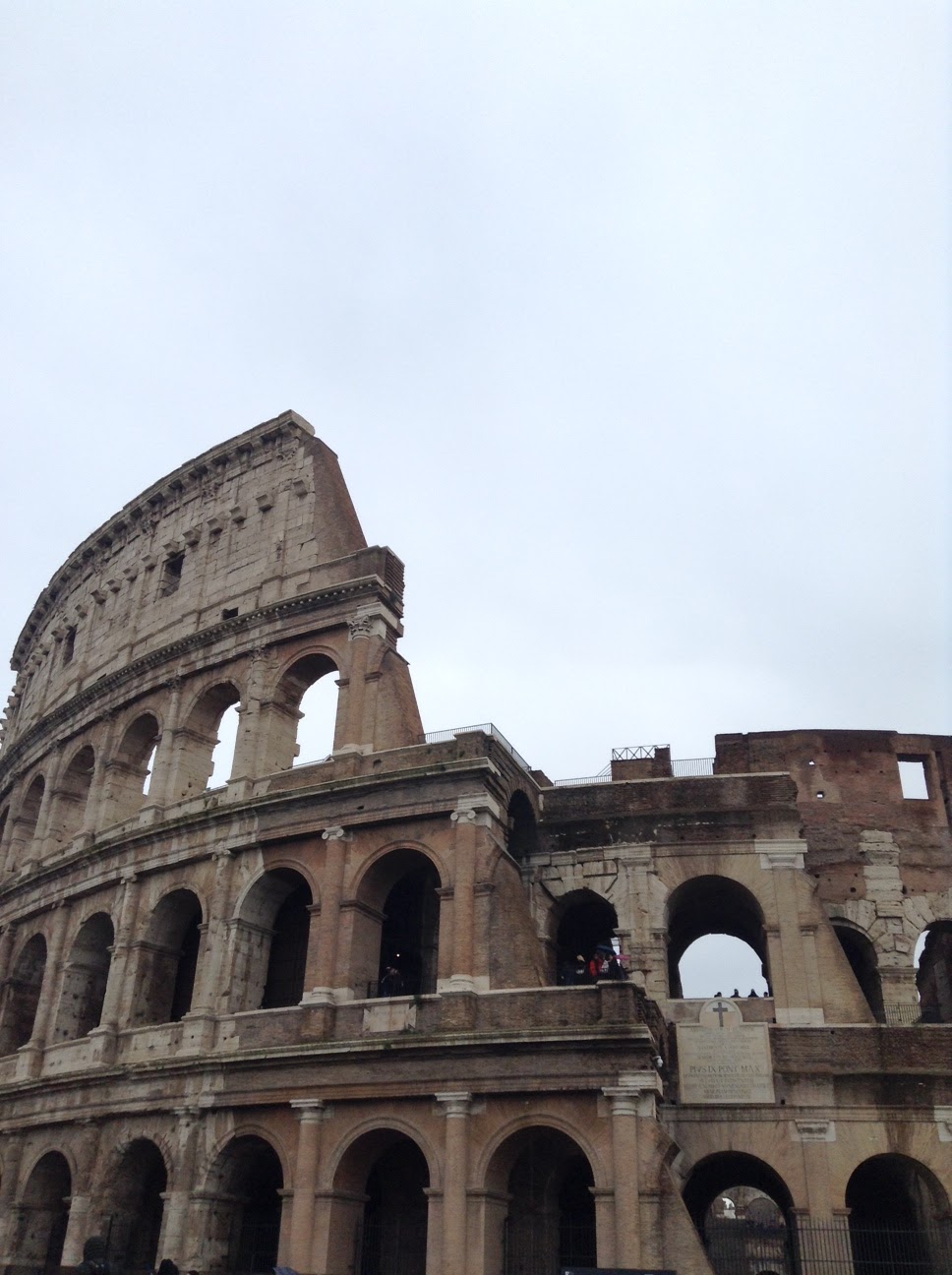 I stepped into Il Coliseo, the ancient world becoming alive again and my eyes wide with excitement. Walls loomed above me and I stared across the ancient ruins where gladiators once fought and crowds once gathered. The tan stone was silhouetted against the sunset and we watched the last sun disappear into the soft orange and red light of the evening. It was finally time to start saying buona sera, and we started discussing afternoon activities and dinner plans.  In the distance, il Arco di Costantino loomed above tourists milling about, even further behind it, il Foro Romano and il Vittoriano. Once again, I realized that this year isn’t a dream, and as I write this, I am living in Italy, communicating in Italian, and walking through some of the most famous sites in the world.

Two weeks ago we moved school to Rome and embraced the most fundamental part of the school’s mission: on site, independent learning. Every second of that week was filled with learning, whether it was how to get to the Vatican on time or the history of the Roman Forum. Entirely on our own for many activities, we navigated the faulty public transportation system, learned to find authentic food, and experienced the privilege of living close to Rome.

One morning in particular, we all met at the Vatican. This day was the embodiment of SYA: independence, hands-on, and educational. My friend and I planned out the transportation, looking at which route was most reliable. The bus would be direct, but had a high chance of running late. The Metro was most reliable, but would require walking in the opposite direction to the station. And finally, walking was the simplest but would take almost an hour. Over the American-style hotel breakfast of eggs, pastries, and yogurt with granola, we decided to take the train, but build in an extra 30 minutes. As we’d discovered, you never know what could happen in Rome!

We arrived at the Metro station, fighting through hordes of tourists and English speakers. It has become very strange to hear English spoken outside of the SYA building, so every conversation I heard in English I found myself accidentally eavesdropping on. The Metro is a mixing pot of locals on their way to work and tourists heading to the monuments, so we decided to speak Italian to attempt to seem more local and informed.

Arriving at the Vatican was a similar experience. Every ten feet several people bombard you (in English) asking if you’ve bought tickets, if you want tickets, or if you need information. We decided to continue speaking in Italian and ended up surprising the people asking us questions. Apparently two very American girls speaking Italian isn’t a common sight.

The Vatican was incredible. We had an assignment similar to a scavenger hunt, so we spent our time walking around the different museums looking for specific, famous works. I learned so much about how to appreciate art and we had a good time searching museums such as Le Stanze di Raffaello, and the Carte Geografiche. It was an incredible feeling to be searching ancient maps for a town we now live in, Viterbo. Spoiler: Viterbo is on several ancient maps. All of this to say, the learning didn’t stop at how to use Italian public transportation or appreciate art. We developed a sense of global citizenship. 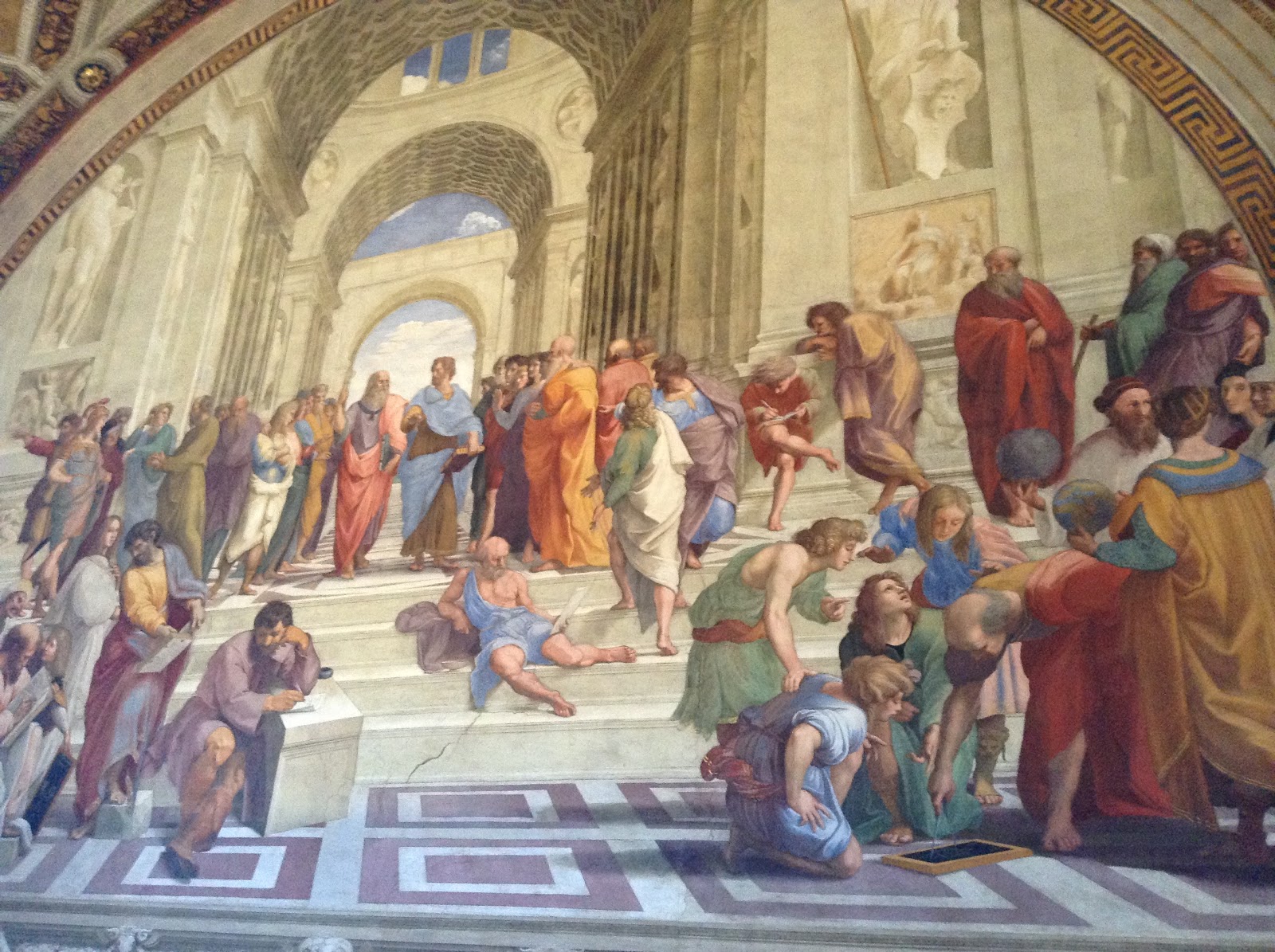 Now, when I visit the Vatican, I can read the panels in Italian, understand the captions, and say I’ve been to places referenced in the artwork. I’ve studied this art in Art History and found similar manuscripts and paintings in Viterbo. I realized that despite this being an academic experience, we come home with a true connection to the Italian culture. I am one layer closer to truly understanding the incredible books, paintings, and operas of the Renaissance. I’ve walked the same streets as Julius Caesar and sat in the opera house Mussolini built (for better or for worse).

The week in Rome was incredible and one of the many phenomenal parts of the program. I’m so connected to the Italian culture (not to mention I speak Italian!) and I’ve learned about foundational parts of their society in their native language. I could not be more grateful for this experience and I encourage every student to look into programs abroad. SYA is truly a year that will change your life!