A Foreigner in France

Layla C. is currently a senior at SYA France and a blogger for the Campus Reporter program. She comes to SYA from Nazareth Area High School in Pennsylvania. 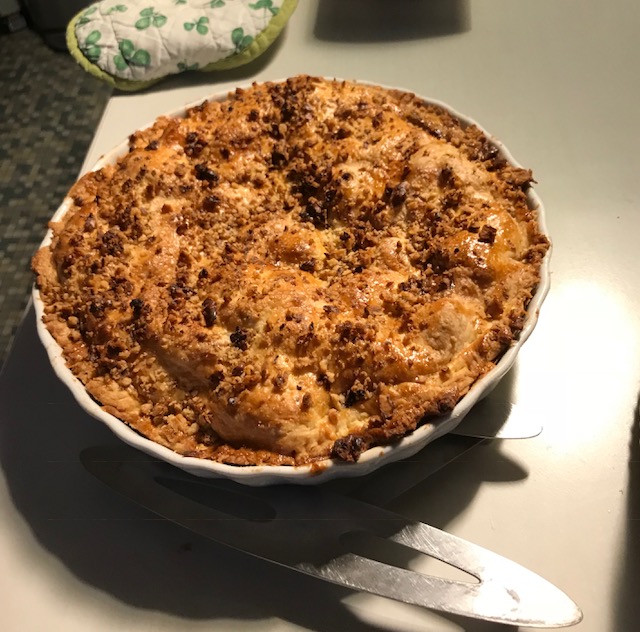 “So, there are two layers of crust?” my host mother asked, carefully watching me cover the apple filled dish with a layer of dough. After arriving in Rennes, France two months ago, I had decided to introduce apple pie to my host family. I nodded as I positioned the dough and crimped the edges. Once the pie was fully baked and on the table, my host sister smiled with delight as I sliced the first golden-brown piece. At that moment, as they got their first taste of the classic American dessert, I was reminded of the fact that American culture was foreign to them.

My entire life, I had lived in the United States. Therefore, it is unsurprising that nothing about U.S. culture, the English language or American customs had ever seemed unique or unusual in my eyes. On an intellectual level, I recognized that every culture seems foreign to those outside of it, but I had never experienced a situation where I was separated enough from American culture to be considered “foreign.” However, everything changed when I decided to say goodbye to my suburban life in Pennsylvania, pack up fifty pounds worth of belongings, and head to France for my senior year. Now, I am faced with the reality of being a foreigner and presenting my country and culture to those across the sea.

It took a while for me to adapt my thought process to this unfamiliar role, since I had always been the one making an effort to speak more slowly and clearly to international kids at my summer camp, or asking the foreign exchange students at my high school about their lives at home. I had always been in the role of trying to make others feel accepted and trying to understand their culture. Now, I was experiencing what it felt like to be on the other side, a feeling that was both exhausting and intriguing.

Since arriving in France, I have learned that it is possible to be both American and French. I can represent my own culture while still embracing a new one. The trick is to ask and answer as many questions as you can. Only by truly understanding a different culture, and trying to share your own, can you learn to overcome the difficulties of being a foreigner and learn from the experience.